“LiveOps is the best thing for Players and Studios”.

Currently studying Masters Game studies and Engineering at the University of Klagenfurt, Austria with focusing my Master thesis on the topic  “Monetization in LiveOps”.

A quick learner and a self-motivated team player.  I’ve been programming since school. Experience of nearly 6 years now in the Gaming Industry, currently working as a Producer. Formerly worked as game programmer and designer. I am always looking for challenges that help me grow.

Over these years I’ve added the following skills and tools to my skill tree:

Apart from the technical stuff, I’ve been actively guiding students in order to how to get into the gaming industry. From my personal experience, I feel it can be a difficult place for freshers to enter, hence I never miss out on an opportunity to counsel them. I also enjoy presenting at conferences. I am fluent in Hindi, English, and German. I have successfully completed a course on drama from the Nation School of Drama in India. I’ve played football for my school team. I’ve also been a race official in Formula 1 race and ever since I’ve been a member of the Buddh International Circuit team. I’ve been appreciated for my work at Indian Auto Expo.

I worked majorly as a producer on this project but took on roles of Designer, User Researcher, Programmer whenever the project demanded. My responsibilities included defining deadlines and scope, planning sprints, conducting play-tests, designing 3D levels, balancing the game mechanics and programming. 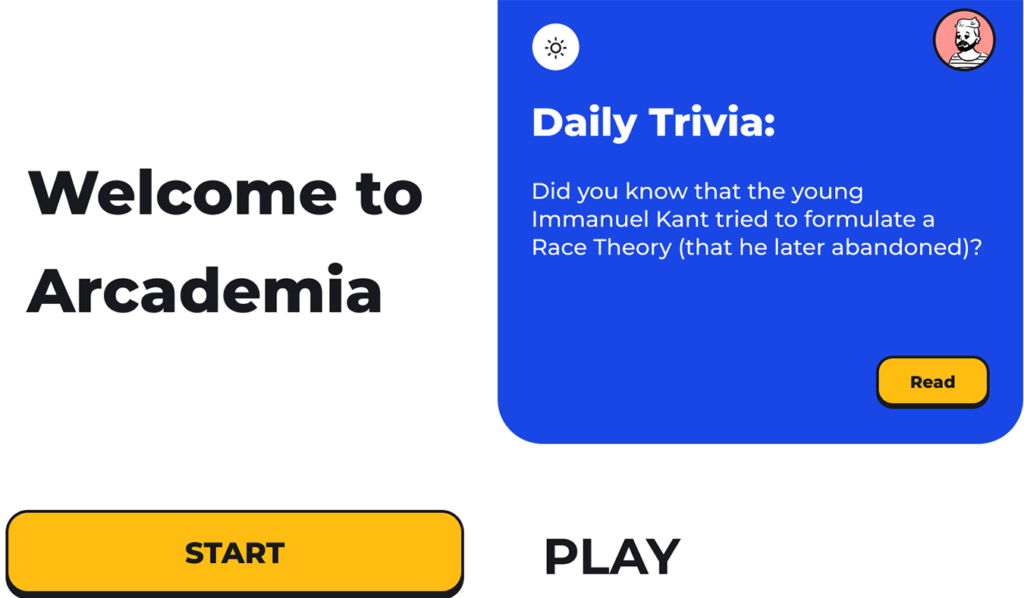 Developed a digital prototype called Arcademia for my course Interactive systems at AAU. During this course, we were supposed to come up with an idea and then transform that idea into a digital prototype. The concept of Arcademia was to playfully condense knowledgeable but hard-to-read academic texts to their essential ideas.

Initially prototyped on AdobeXD but later moved on to Figma due to limitations in XD. The core idea was to create an app that gives the user a pleasurable experience. I was responsible for the UI/UX and informational architecture of the app. I also conducted some playtest at various stages in order to ensure that the core gameplay and game in its entirety aren’t confusing to the users. Devils Amongst Us is a real-time online multiplayer game played with 4-12 players in different maps where Sillies have to identify the Devils.

As a Unity Programmer, I developed in-game mini-games and worked on various parts of the gameplay including UI and Design elements. 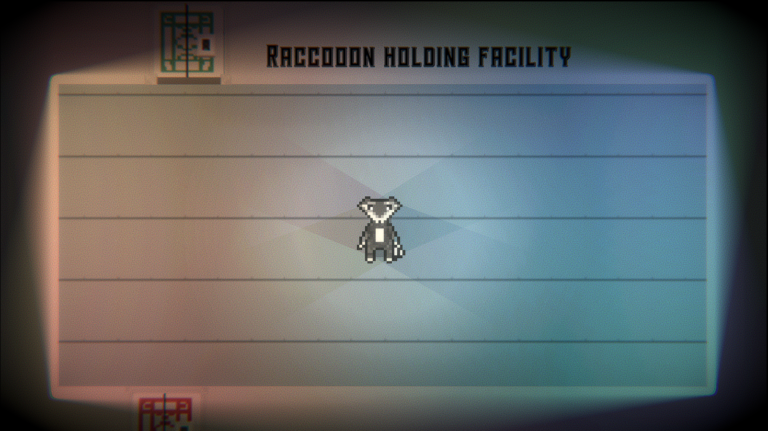 The Last Raccoon (in Space)

Developed as part of game jam and for two courses at AAU. Flying through the universe, humankind is rifling through the ship for filling their stomachs. Unfortunately, a nice little raccoon is the only thing left before turning to cannibalism. But you, the raccoon, need to escape.

I was working as a producer, defining scope, deadlines, coordinating between people, checking progress. I conducted a few playtests.  I also worked as a designer, balancing gameplay and fixing issues with the level design and as a programmer to implement some parts of code.

SuperParty was a social gaming platform developed by SuperGaming. It consisted of games coupled with elements of social media such as messaging and calling.

I worked as a Unity developer on SuperParty, creating a lot of games for the platform. I worked with design and art teams to integrating mechanics, art, and sound assets for the games. I was also responsible for size optimizations because each game had a specific size budget, some of these games were even under 1MB. 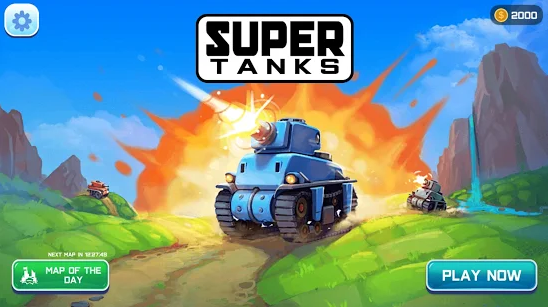 SuperTanks was my first project at SuperGaming. It was a recreation of the Battle Tanks game on NES. It included various new elements such as a map of the day and a currency system to buy power-ups to built upon the old game.

I worked as a core gameplay programmer coding movement for the tanks, power-up mechanism, implementing UI, integrating assets for sounds and art.

At Anibrain I worked as an Associate Producer, to deliver experiences on the latest technologies including Virtual Reality, Augmented Reality, Mixed Reality, and Leap motion. Understanding the client requirements, working with different teams to plan for project deliverables and deadlines to ship the project on time, were some of my responsibilities.

Worked on Devil Amongst Us game in an agile environment.

My responsibilities included:
- Developing and Designing Mini Games.
- Working with design and art to implement UI.
- Working as Technical Artist for memory and size optimizations, coordinating with Animation and Art Team.
- Collaborating with other departments and Team members to meet the deadlines.

University of Klagenfurt, Austria
Master of Game Studies and Engineering

After working in Industry for 4 years, I realized developing games isn't enough. We need to understand their impact in order to create a pleasurable experience for the players.
- Studied and analyzed cyberpunk culture in media such as in game Observer and in movie The Matrix.
- Worked as a producer and project lead on multiple projects for university.
- Took the hat of a designer and UI/UX for the project "Arcademia"
- Analyzed the Neuropsychology behind "The Rot" mechanic in the "Hellblade: Senua's Sacrifice" game
- Researched on the effectiveness of Brain Training Games

Worked on developing multiple games and creating a Social Platform(SuperParty) for gaming. Games released on Play and iOS Store during this period:
- SuperParty(consisting Meme Party, Statue)
- Haan Ya Na
- SuperTanks

My responsibilities included:
- Integrating the games developed into the SuperParty
- Working with User Research team to analyze the data generated by the gameplay events to find churn points, variants performing better in A/B testing
- Working on improving retention based on the user research analysis
- Working with design team to implement the core gameplay mechanics
- Actively being a part or conducting of play-test to understand the user behavior inside SuperParty
- Working with art team to add animations, art assets into the games

I worked on delivering experiences for various needs of our clients using Unreal and Unity. I was responsible for:
- Understand the functional and non functional requirements of clients
- Planning the scope and schedule of the project
- Working with Art, Design, Dev and Testing teams to deliver on time
- Working with UI/UX team to give a proper experience even to the first time user

Some of the requirements by our clients included:
- Cheaper, efficient and gamified training solutions for complex mechanical systems
- Showcasing vehicles and products in a digital experience
- Providing VR simulation of an inside of an apartment or a building
- Interactive learning solutions

Provided me the window I needed to begin my journey towards Game Development. I learned Unity and Unreal engine and use them for developing personal and college projects. My major project "Be the Flash" was selected as the most innovative project from my department. Along side working as a coordinator for multiple projects and events helped me land my first job as an Associate Producer.

As part of Issues in Game Studies: Cyberpunk class. We were supposed to analyze a cyberpunk game, and the game we chose for this was >Observer. We analyzed the Narrative, the sense of Alienation provoked by the game, and the Agency.

I majorly analyzed the Agency that the game provides which is mostly Pseudo Agency.  My part comes at around 21:03 but the entire presentation is crafted carefully to point out all the most interesting elements of Game Studies that are present in the Cyberpunk Videogame Genre.

As an alumnus of Maharaja Surajmal Institute of Technology, India. I was reached out by the MSIT IEEE team to give an overview of the Gaming Industry and Culture in India and to guide current students on how to get their desired roles.

While working at Anibrain, I represented my department Gaming and AR/VR to showcase our work at multiple seminars at Indira College of Commerce & Science, Pune. 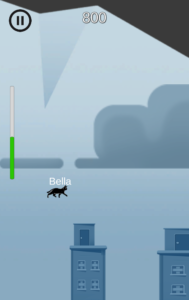 Developed as a part of two courses, Neuropsychology of games and Selected Topics in Game Engineering.

The game is developed on Unity engine and was a prototype. You played as a cat, who Jumped from one Rooftops to another. If you don’t land on a rooftop cat dies. Each cat has a unique name. The purpose of this prototype was to check if giving a name to the cat can affect the player in game performance.

My first Game. It was developed on Unity engine and released on Gamejolt.com.

Where you are an unnamed soldier who finds himself in a strange cave filled with stranger beings. You find a sword that holds mystical power to teleport you. Your aim is to get out of the cave and find your way back.

This is an infinite runner that challenges you to Be The Flash. Do you have it in you to be fast like him? To jump, slide, dodge obstacles and turn corners at lightening fast speed? Gone are the days of Temple run and Subway Surfer, experience infinite runner like never before.
Be The Flash(Unreleased).

Be The Flash was my college project developed on unreal engine. It wasn’t released simply because I got better opportunities and to learn about technologies like AR and VR.

All product names, logos, and brands are the property of their respective owners.